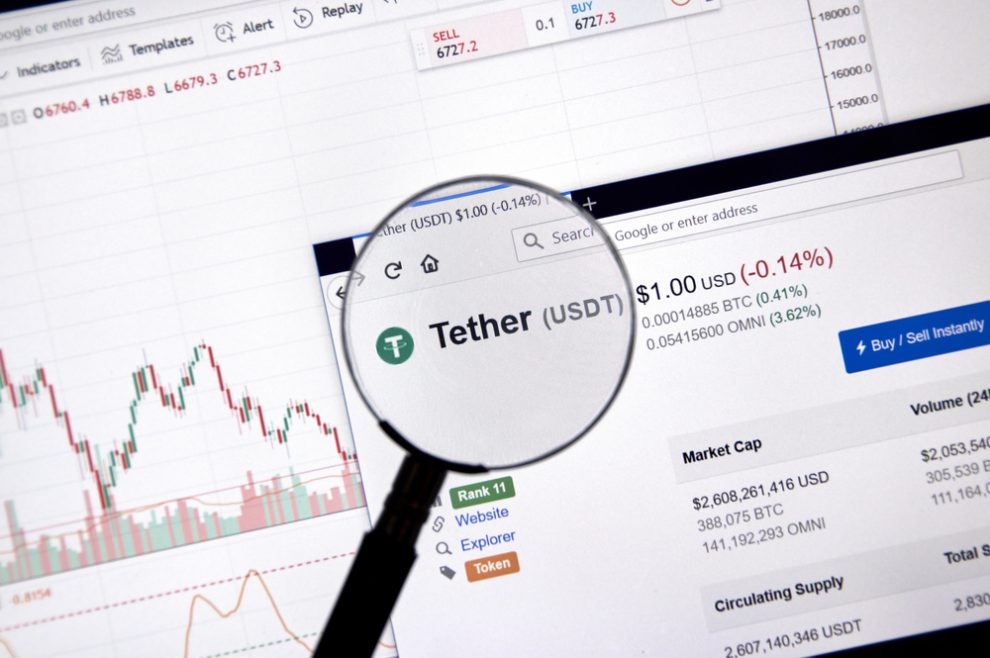 The time has come that we play a different group of criptoactivos in our series of reviews of cryptocurrencies. And is that, in the crypto world it’s not all the coins are decentralized the style of Bitcoin. There are also calls stablecoin, and the most famous among them, the Tether, we will talk about today.

The origin of the Tether, we must track it back to the beginning of the year 2012. In January of that year, J. R. Willett released a white paper in which he described the possibility of creating a criptomoneda on the chain of Bitcoin. The idea ended up settled through the creation of Mastercoin, the Mastercoin Foundation. This coin would be the predecessor to direct Tether, with their technology being the basis of the future stablecoin, two years later. And that is one of the original members of Mastercoin, Brock Pierce, later, it will be one of the co-founders of Tether. Created in July 2014 a startup known as Realcoin, based in Santa Monica, California. The first coin of this company was a token based on Bitcoin, released in October of the same year. However, in November, the company was rebranded as Tether and it is organized the same way that we know it today. But the take-off of Tether did not arrive until January 2015, when one of the main exchanges of cryptocurrencies, Bitfinex, allowed transactions with USDT. From that moment on, Tether began his path toward the mass in its use.

The function of the USDT

The Tether is born as a stablecoin within the crypto market. That is to say, a currency whose value is backed by a pool of assets. In this way, it avoids the volatility normally associated with the other cryptocurrencies, especially the Bitcoin. Therefore, the Tether is intended to be a middle point between the cryptocurrencies traditional and the fiat money. In this way, investors can avoid the risk associated to the operations with criptoactivos. This also allows you to serve as currency intermediary in the exchange of cryptocurrencies, being an equivalent of the dollar within the crypto world. Therefore, if there is not an offer of sale-purchase between two cryptocurrencies, you can always tell that there is an offer of both for Tether. What allow you to outsource the sale, and run it in last term.

As you can see, the functions of Tether are very similar to those of other criptoactivo, the Binance Coin or BNB. However, Tether has achieved an influence superior to that of the BNB, not only within Bitfinex, the exchange in which it was born, but in the entire crypto market. In this way, Tether has achieved the unthinkable. The USDT is in the present, the criptomoneda with the highest volume of transactions at the global level. Surpassing even Bitcoin, Ethereum, Litecoin and other major cryptocurrencies. This success has been achieved, the Tether thanks to the stability in its price, which remains around 1 dollar for USDT. Which, as we already explained before, the becomes the preferred option to the traders to carry out operations with cryptocurrencies. Since, in addition there is a standing offer to the other cryptocurrencies in Tether. The USDT allows them to save their earnings in an asset other than the cryptocurrencies, with which they can re-invest quickly. And in addition, protects them from collapse, thanks to its equivalence with the dollar americans.

If the successes of Tether are huge, the challenges are not less great. And is that, on the one hand, there is a linkage apparent between this stablecoin and the exchange where it was launched, the Bitfinex. Although Tether has been denied multiple times any connection outside the business with Bitfinex. There is evidence that both companies would share the same address. Being even two executives of Bitfinex, Philip Potter and Giancarlo Devasini, registered to Tether Holdings Limited in the British Virgin Islands. However, the second challenge of the Tether is even greater than the first. Therefore, since its birth, but especially in the last few months, have raised questions about the existence of the reserves to guarantee the value of USDT. And that is, the own Tether on several occasions has admitted that it has a reserve of 1:1 between its currency and the u.s. dollar. On the contrary, the treasury of the company, would cover only up to 75 cents on the dollar of each USDT. This has led to an increase in the distrust between users to Tether. Thus, the great attraction of the currency for investors, it is precisely the security it provides about its value. Without this guarantee, the USDT does not have the same weight in the crypto world.

Despite its extensive use within the crypto market, there is a great variety of wallets that support Tether. This is because the majority of the USDT find their utility by remaining in the exchanges, where they can be used quickly by investors. However, there are large digital wallets where you can store your USDT out of the markets. Among them the main are Atomic Wallet, Omni, and the wallet developed by Tether, the Tether Wallet.

After this review on the USDT, it is clear why it is one of the main cryptocurrencies on the market. And that is, the stablecoin of Tether is one of the fundamental pillars of the transactions with cryptocurrencies at the global level. However, the problems of trust that generates this currency is not something that can be ignored easily. The fact that people feel free on the main attraction of the Tether, i.e. its reserves in us dollars, it is serious. And be certain that Tether, on purpose and in order to trick users, hidden information about the true size of its reserves. Not only does this represent a crisis of confidence within the crypto world. But the very uncomfortable situation of seeing a criptomoneda to behave in the same way that what makes a Central Bank with fiat money. The following two tabs change content below. Student of International Studies, interested in issues of economy and international politics. Passionate about the progress of the Fourth Industrial Revolution in general and the cryptocurrencies in particular.