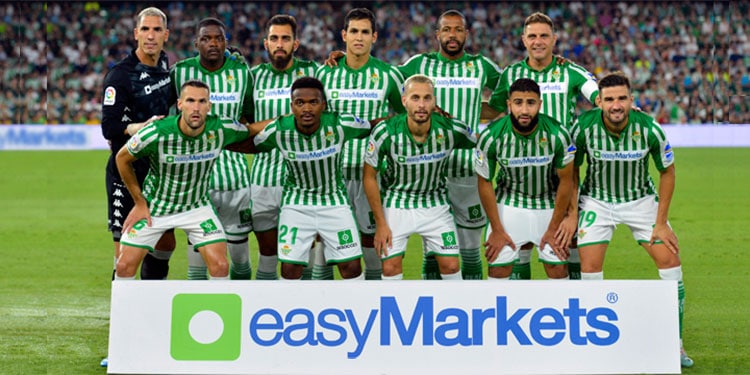 In its latest bulletin, the CNMV analyzes the sponsorship of investment firms to football clubs.Points out that among the european leagues, only the Spanish promoted so notorious these services.The Commission Nacional del Mercado de valores of Spain (CNMV), in its bulletin for the fourth quarter of 2019, published on the 30th of last January, spoke out against the advertising of “complex financial products” by the football teams, among which he mentions the contracts for difference (CFDS), binary options (OB), forex trading products, and cryptocurrencies, among others.The report devotes a section to the advertising of financial services by the teams of the Spanish football league, entitled “Advertising of complex financial products, through sponsorship of football teams”. There describes the type of advertising that look the shirts of football teams, Spanish, among which mostly are the advertising of online gambling, and points out that there are two Spanish teams that promote specifically financial services: Atletico Madrid (Plus 500) and Betis (Easy Markets). It emphasizes the securities and exchange commission that this type of promotion does not exist in the t-shirts from the rest of european leagues of first level.Following the services companies, financial sponsors, in the case of the Valencia and Getafe, his main sponsor is Libertex; Real Madrid, is Exness; and Sevilla is Ever FX, although the respective marks are not contained in the shirts of those clubs.But even if such marks are not included in the equipment of the clubs, the CNMV indicated that there are mentions of prominent services on the websites of football teams, or with the participation of players in events, advertising and marketing organized by those companies. In addition, normally offer special discounts to members of clubs of football to the sponsor.In the following table are summarized the cases of teams that have sponsors that offer complex financial products, according to the CNMV, highlighting the two teams that extend the advertising to t-shirts of the players.Source: National Commission of Securities Market of Spain.The CNMV compared the advertising teams of the major european football leagues and found that only in the Spanish league to were investment companies as sponsors.

The activity of sponsorship of football clubs that includes advertising on the jerseys sports is not observed in the rest of european leagues relevant. (…) This type of product is not appropriate for retail investors in general, given their complexity and risks, to the extent that the securities and exchange commission —as well as the greater part of european supervisors— has decided to establish limitations and to prohibit the sale of OB and CFDS investors of this type which do not comply with certain requirements and limitations, with stringent requirements to provide information to the client.National commission of the stock Market of Spain.

Contracts for Difference (CFD), as described by the CNMV, are complex financial products, and treated of an agreement between an investor and a financial intermediary that is set in the cash settlement of the difference, favorable or unfavorable, that occur in the price of an underlying asset in a given period.The Report concludes that this type of products are not appropriate for retail investors in general, given its high degree of complexity, because of the risks, and its high leverage, so that the securities and exchange commission, agreed to prohibit indefinitely the marketing, sale, and distribution among retail customers of OB and restrict such activities in respect of the CFD.De according to the CNMV, the restriction of advertising of financial products through a sport as massive as the football, it has been widespread in Europe and this justifies, in part, to restrict the advertising of such productos.De this side of the Atlantic, the NBA initially objected to the tokenization of a part of the contract of the player in Spencer Dinwiddie, but this launched in mid-January a bonus tokenizado on the network Ethereum you are trying to raise $ 13.5 million, aimed at private investors. The star of the Brooklyn Nets, a well-known enthusiast of bitcoin and the cryptocurrencies in general, is offering 90 tokens called SD8 with a price of $ 150,000 each.