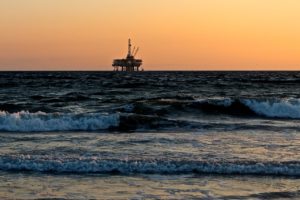 The consortium OOC (Oil and Gas Blockchain Consortium) would like to streamline the process of transport of the wastewater collected, referred to as produced water during the extraction of oil and natural gas. To do this, it has put in place a pilot project of management system of water transport by the technology Blockchain.

It is a first use case of the Blockchain in the context of the transport of water produced. This tool has provided both benefits in mining operations, particularly in the relief of the tasks formerly performed manually, which significantly reduces the financial costs.

In addition, the time savings in terms of transportation are also felt, because the duration of an operation are currently completing in just seven days, instead of 90 to 120 days previously. Other processes carried out by the human intervention has been eliminated, reducing by half the number of these categories of tasks.

This test driver is capable of automatically measuring the volume of water production. At present, 85% of the measures of volume are now automatically validated against data provided by the various parties involved, and this percentage could further climb.

Note that this project has been made possible thanks to the partnership with Data to Gumbo, a software company Blockchain, based in Houston, Texas. In addition, the company logistics and transport of water Nuverra Environmental Solutions and a joint-stock company disposal intermediary, contributed significantly to the realization of the project.

The effectiveness of this system had already been proven by these companies partners in five sites of extraction of oil and gas of North Dakota.

Very happy with the success of this pilot, Rebecca Hofmann, the president of the Consortium OOC Oil and Gas Blockchain, has mentioned that the Blockchain could still bring much more to the industry.

“This is only the tip of the iceberg for the potential of the Blockchain in our industry,” she said.

What do you think of this management system of water transport, supported by the technology Blockchain ? Respond in the comment section below.