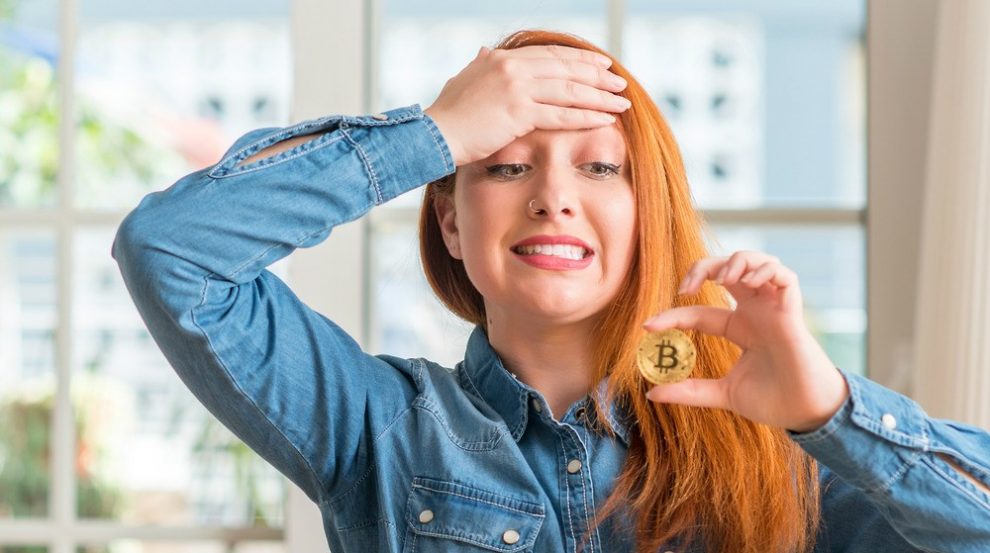 For the first time this year, and in almost 2 months, the bitcoiners are afraid of a backlash. Well, Bitcoin has not been able to overcome the barrier of the $10,000 again.

To the naked eye it all seems normal

The investors of Bitcoin today holdean more BTC this first month of the year, more than any other from 2014. Although the data indicate an influx sustained interest of large institutions. But, how Long can this last?. The price of Bitcoin had declined to levels of 9,200 $ yesterday. That represents almost -1 % in the last 24 hours after overcoming the 9.500 $; what has been your maximum price annual up to now. The small increase in the volume of BTC continues with the upward trend in general which has persisted through the first month of this new decade; but this may be about to end. According to the research of statesman Skew Market, the profits of the hodlers of Bitcoin amounts to 30%. In any other month of the past few years the market has had a performance so amazing, at least compared to the other financial tools of traditional investment. The impressive statistics are produced in the midst of a renewed faith in the long-term potential of Bitcoin, all thanks to the incredibly stable that has been the price of BTC since the market is enfriase after each token Bitcoin reached the 14,000 -$. In turn, the public interest on the part of all and sundry, big and small, institutions or not; the Futures and Options of Bitcoin is now higher than ever. The total figure reached 3.7 billion $ in the first 28 days of the year 2020. The volume of transactions says it all. I commend the encouraging progress that had BTC in this year, and the incredible increase of the earnings of their hodlers and the volume of transactions, said Scott Melker.

This maximum annual price, according to the experts, is subject to the speculation of large whales 🐋. In a technical analysis of the famous trader of Bitcoin, Tone Vays; he noted that it is imperative that BTC does not break below 9k for at least several days to consolidate a bull market. Otherwise, “it could be a very ugly situation for BTC”.

The objectives based on the level of support and on the Fibonacci levels above. If that breaks, the price is ready to aim at the 8k and below.Tone Vays

Another important indicator is the index of fear and greed Bitcoin, which traces the path likely for the prices of BTC depending on the sentiment of investors. Currently this is playing in to target the “FEAR”. Currently this index shows a score of 55. This means that the collected data of the market are inclined towards the suggestion that “The market needs to be corrected”. You can begin a process of liquidation of positions. But I still hope that the bullish end to the week with more strength than the bearish, pointed out the famous Bitcoin trader. What do you think? are you afraid that the price of Bitcoin back by not being able to break the 10,000 $?. Or do you expect that the crisis of the coronavirus and the Brexit affecting positively the price of BTC? The following two tabs change content below. Economics student at UCV. Advocate of individual freedoms and of course also of the market and the cryptocurrencies.