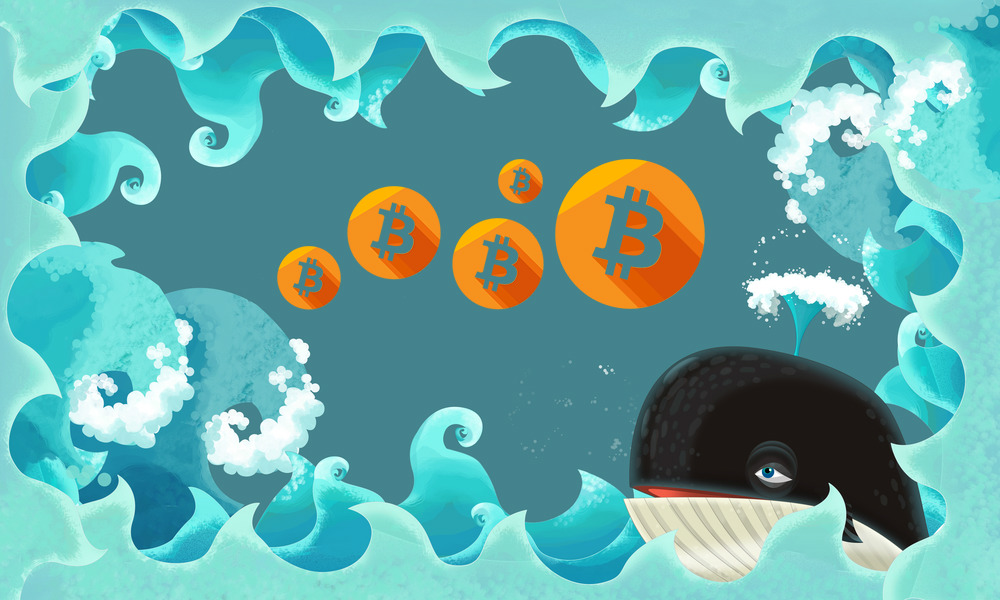 The last week has been quite controversial for the market of the cryptocurrencies, including the whales crypto. All this in a context in which the price of Bitcoin has passed the barrier of 8000 USD, and it reached a peak of just over 8400 USD. Throughout this article we will review the most relevant of the activity of the whales crypto reported by Whale Alert, and some bonus as the count of the activity of hacking to UpBit.

Whales crypto at the start of the week

Starting the week, the 6 of January were mobilized a total of 6508 BTC. That amount is divided in to four movements, three of which were made from exchanges to wallets unknown. Specifically, the whales cryptp drew 4058 BTC market through Coinbase, Binance and Bitfinex probably with intentions of accumulation. By doing this, indirectly reducing the liquidity of the market and the supply of Bitcoin. The price of Bitcoin didn’t go up too much this day, in spite of the above; especially if we compare it with the waterfall that gave two days later. Also, we witnessed the burning of several cryptocurrencies. Specifically USDC and PAX. The surprising sum of 14.000.000 USDC burned in the course of this day. If we remember that this is a stablecoin, you’ll notice that you deleted a value close to 14,000,000 dollars. With respect to PAX, the amount was 4.506.036. Whale Alert reported as the launched the week: burn, the movements of BTC on the part of the whales crypto, etc

Tuesday: “the calm before the storm”

During this day, the most reported by Whale Alert were the constant movements of the stolen funds of the hacking to UpBit. In total, it took 2431 ETH through 7 different moves. Of these, 2000 ETH robbed in a single motion, demonstrating that the problem is far from solved in the short term. Hackers UpBit did feast this week with ETH, while BTC was still an attractive option for the whales crypto. To get an idea of how much would this amount to the price of ETH today, we are talking about 351.595,59 USD stolen in just one day. However, we shall see later that this was not the last that we saw of the hackers UpBit in the week. In terms of Bitcoin, the whales crypto in some way, continued the trend toward the accumulation displayed the previous day. The 7 of January there were two movements from exchanges to wallets unknown, adding up to a total of 2501 BTC. The same were made through OKEx and Binance. In addition, continued incineration of funds USDC. Specifically 16.493.400 USDC in three separate movements.

After a leading iranian military called Qasem Soleimani was killed in Iraq by americans, the market cryptocurrencies took a turn considerable. The whales crypto also took the opportunity to get the highest possible profit at this juncture. If you want to know more details of the variations presented by BTC this week, check out this page. In total, Whale Alert reported 11 movements of Bitcoin throughout the day. Six of them were made from exchanges to wallets unknown. This is attributed in part to those people who, for fear of an escalation of the conflict, they preferred to secure their capital in criptoactivos as Bitcoin. You can find more details of the influence of this event on what was observed on the 8th of January in this article. The rest of course is made from wallets unknown to exchanges, by those holders of Bitcoin who wanted to take advantage of the peak bullish for more gains. The platforms used in this time included Coinbase, OKEx, BitFlyer and Bitfinex. The rebound of Bitcoin proven to this day, was taken advantage of without a doubt by the whales crypto. If you total the amount of Bitcoin transferred just this one day, we will find the incredible sum of 11.698 BTC. This at the time was equivalent to just over 98 million dollars.

Other events of January 8,

Also, continued burning of USDC. In total, 13.000.000 USDC burned throughout the day in two parts. However, 3.515.555 USDC were minted in total at the end of the day. In regards to reports of hacking to UpBit, this day is observed 185.321 ETH stolen, and continued with the activity of hackers during this week. Despite this, the price of ETH are not so severely affected as in other opportunities. On the contrary, continued the upward trend of short-term Bitcoin and other cryptocurrencies. On the other hand, this was a good day for the PAX, as they were transferred 12.402.782 PAX from the booking to a wallet unknown. In addition, they were minted 2.619.518 PAX throughout the day.

January 9: Continue hacking on UpBit and the burning of USDC

The number of stolen funds was 235 ETH in total. Such theft was done by six transfers, being the biggest of them a 69-ETH. In regards to Bitcoin, there were no movements on the part of the whales crypto. By then it was waiting for deciphering that would happen with the market after the events of January 8. Then, we can mention the 13.000.000 USDC that burned this day. For this moment, the week was characterised by burning of this stablecoin. It is presumed that this was in the interest of maintaining the value of the same in a time in which the dollar around all the geopolitical context of the united States.

Thursday 10: More robberies in Upbit, decreases the accumulation of Bitcoin and continuous incineration of cryptocurrencies

If the figures stolen UpBit of the days mentioned above we had seemed great, it is because we had not seen the events of January 10. In total, they took off 20.345 ETH, divided into only four movements and two of them by 7.707 ETH. It could be said that the hackers certainly made merry on this day. Then, a total of 8700 BTC were transferred from wallet unknown to exchanges, by using four operations. Then the peak reached earlier, began to decline. The exchanges that acted as the final destination of these cryptocurrencies were Binance, OKEx, bitFlyer and Poloniex. In addition, 15.188.165 PAX were cremated on this day. Along with this, it is reported 6.900.000 USDC also incinerated.

Yesterday only it was reported a movement of 1500 BTC from a wallet unknown to Bitfinex. This may indicate that the whales crypto have decided to stay a little outside of what happens with this criptomoneda while you plan your next investment strategy. Apparently the tendency to the accumulation has decreased significantly if compared to the 8 of January. On the other hand, incinerated more than 4 million USDC, which continues by indicating that it seeks to maintain the value of this stablecoin at all. In addition, the hackers UpBit up the bet, stealing, nothing more and nothing less than 20.997 ETH through 4 movements, each in amounts greater than 5000 ETH. Finally, the day of today we can add to the account this week 17000 ETH stolen by these hackers, in just three movements. However, the other thing that can stand out of the day of the whales crypto of the day they are the 2500 BTC mobilized. One of them was from a wallet unknown to Bitfinex, and the other in the opposite direction but from bitFlyer. The above still cannot be compared with what happened last Wednesday. The following two tabs change content below. A degree in Liberal Studies from the Metropolitan University. Lover of innovation and a believer of the technology for the future.