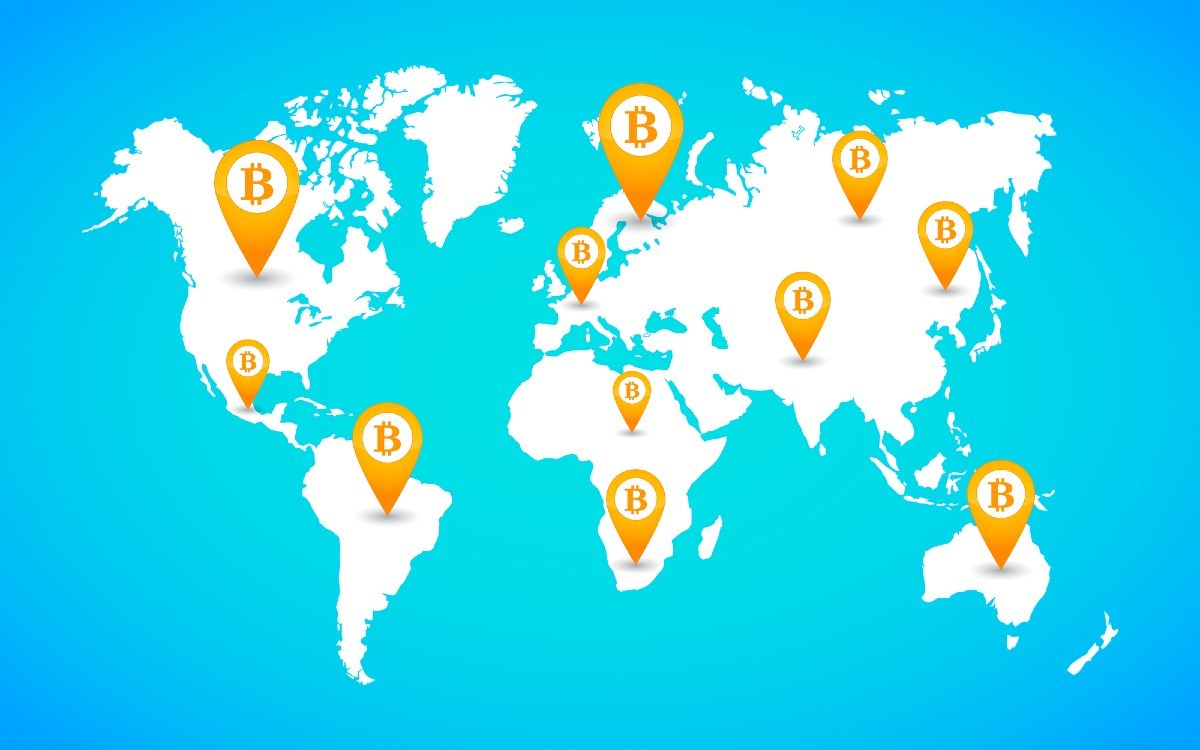 The majority of the people could describe in a few words this year 2020 as “complicated”, “difficult” or “catastrophic”. However, they are limited to observe the world with a lens wider. Considering the events and actions that are making people all over the world. Therefore, a word that would fit best is “revolution”, one that manages to express more than what it seems. Noting that, initially, involves a change that does not plan to disappear. In addition, as you can guess, in this new world order, Bitcoin and the cryptocurrencies play an important role.

So, you must first explain why the word “revolution” works to express what is happening in the world. For this, you need to establish a theoretical framework compatible with the context that you are working with. This refers to delimit that area of study is covered. Given that the word revolution itself has a meaning if you study engineering or computing.

In this way, the present article explores the revolution of Bitcoin from a historical point of view. This allows you to cover different points, as the political, the social or the economic. However, it should be noted that merely treats the surface of these 3 great points, since they possess a more in-depth analysis of that will be in this article.

Now, to define what is a “revolution” with the filter of a lens historical, you can summarize that it is a process of transformation that is experiencing a society, changing the conditions of the same.

However, we can disaggregate this definition, starting with the “process of transformation”, highlighting that it can be drastic, and violent, as the emergence of a global pandemic, or slow and progressive, such as the emergence of new technologies that change the production or relations. Both types of transformations converge in the fact that change the way people interact in their day-to-day, whether at work, as in the production line, or in the rules that govern the society.

The Revolution of Bitcoin

In addition, there is an important detail and unique with the transformations associated with technology, which we have been able to experience several times in the history of mankind. As said, it is a process that takes time to show changes in the society, so that you accumulate experience, knowledge, and power. Causing, at the time of reaching a level of strength, hit the world unexpectedly, resembling the drastic sudden changes.

If you are looking for a clear example, of the hundreds that exist, we can study the case of Bitcoin. Originally when Satoshi Nakamoto as mined in 2009, nobody in the world cared about the cryptocurrencies or the underlying technology. Although this lack of interest didn’t deter the enthusiasts of this new technology, one that promises to change the world. Therefore, accumulated experience, by adding more and more people, causing, in 2017, the cryptocurrencies hit the world with the value of Bitcoin.

Transformations in the world

Then, once you have arrived at this point, we know that Bitcoin is in a process of transformations in the world, generating a new order. In addition, as was hinted at the beginning of the article, the changes are materializing, or taken into account, this 2020. Therefore, it is important to highlight the events and actions that have occurred this 2020.

It should be noted that excludes the achievements and developments of the technology Blockchain, since it seeks to emphasize the cryptocurrencies, Bitcoin in particular.

Although it may not appear so to the naked eye, Bitcoin and the cryptocurrencies have had a significant impact, but silent, inside politics in the countries. The transformation that has been reaping since the proposal of Nakamoto in 2009, which is showing fruits in the present, it is the transparency.

Although on several occasions the governments or public institutions allege that the cryptocurrencies are used for illegal acts. Enthusiasts of the cryptocurrencies have as ideal transparency in actions, looking for that there are no activities secret if you can meet the public. Therefore, this ideal people to demand their politicians, demanding that no activities under the table.

An example of this, that channels the wishes of transparency of this generation, are the actions that took the united States against the World Health Organization, demanding figures and clear actions. Therefore, it is not necessary for Bitcoin to be part of the political discourse, while his spirit is present.

In addition to be a generation that seeks transparency, that in itself is a major transformation. One of the changes that has managed to get Bitcoin, in conjunction with other technologies, is to break the concept of borders.

With this we mean that, at present, many people do not feel identified with a single nationality, being considered then as citizens of the world. We see this in the rise of jobs that work remotely, reaching out to hire people of all parts of the world, without the need to make act of presence.

This transformation you may not be giving all the credit to Bitcoin, given that it is a work that has been developing the Internet for years, with the help of other actors, allowing for this fact.

If you are looking for a clear example, since before the quarantine, there were reputable companies that were working remotely. We have the case of Binance, one of the exchanges largest in the world, working with workers of any nationality who demonstrate commitment.

Now, though, with the quarantine, the fact of being able to work remotely is an idea that is gaining momentum in the companies that are being forced to apply it. In this way, begins to question if the world post quarantine there will be big buildings full of thousands of people, filling posts of office giant, or just a shed with a server that is possible to connect to each worker.

Last, but not least, we find the transformations of Bitcoin in the economy of the world. Starting with a discussion that takes years to exist, which started PayPal in your time. We refer to the need to disappear the effective physical, which is now a possible carrier of the virus that torments the world. For this reason, the cryptocurrencies in addition to working to make cross-border payments quickly, something that can’t do the Fiat money, is fulfilling its role as a form of payment digital.

In addition, Bitcoin was the actor that proposed an alternative to the governments in the new order, one that works as a middle point between the parties. We refer to the digital currencies that have caused fury by the fault of a Pound of Facebook, the Central Bank Digital Coins (CBDC), which seem to have life within China particularly, and a by see in the united States.

However, this is only the tip of the iceberg that represents Bitcoin in the new economic order, considering that the cryptocurrencies from 2017 have been modified so important to the financial world. What we can see in the new rules and regulations that have been put in place to achieve stability in the economies around the world.

Finally, it is important to note that these transformations that have been exposed are the opinion of the author of the article. Therefore, if you readers have a different position, can leave it in the comments.