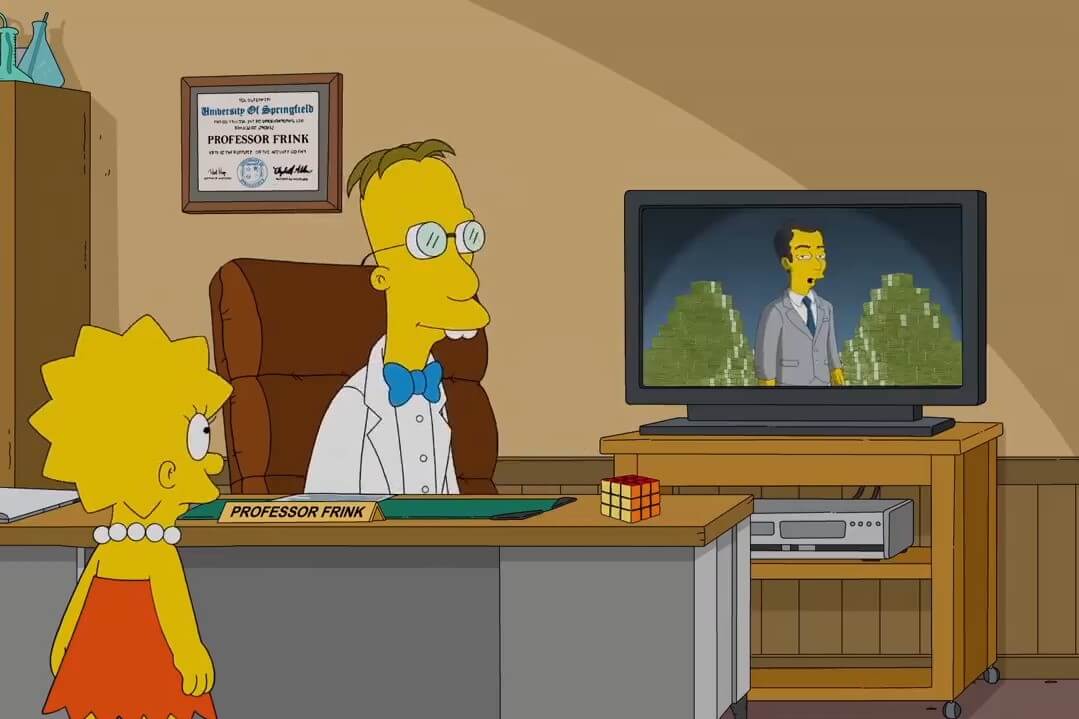 After predicting the election of Donald Trump to the us presidential election, the Simpson, one of the tv shows american’s oldest, is unveiling a new prediction that is to make known the technology of Blockchain and crypto-currencies.

With the intervention of Sheldon Cooper

In the thirteenth episode of the thirty-first season of the series, entitled ” Frinkcoin “, professor Frink would have presented the crypto-currency to Lisa via Mr. Jim Parsons, aka Sheldon Cooper in the series the Big Bang Theory.
The scientific the most popular of the small screen would have, in his intervention, explaining the workings of the Blockchain and crypto-currencies in these terms :

“For the crypto-currency to work, we need a record of every transaction that occurs. They are stored in what is called a big book distributed. When you use currency, the transaction is recorded in the general ledger. ”

The latter has finished his explanation with a song.

“I’m a consensus of digital data is shared and synchronized across multiple platforms of Shanghai up to Granada. Every day I am closer to being the money of the future. Not in your wallet, I’m in your computer, ” he said.

The identity of Satoshi Nakamoto could be unveiled

Apart from the about revealing that place crypto-currencies on a pedestal, Parsons has also suggested in his song that he knows the identity of the founding father of Bitcoin, known under the pseudonym of Satoshi Nakamoto.

If over the years, it was revealed that the team behind the series has a certain ability to predict the future, it is highly likely that the identity of the father of Bitcoin is not a secret for them.
What do you think this intervention of the series the Simpsons in order to make known the technology of crypto-currencies ? Respond in the comment section below.