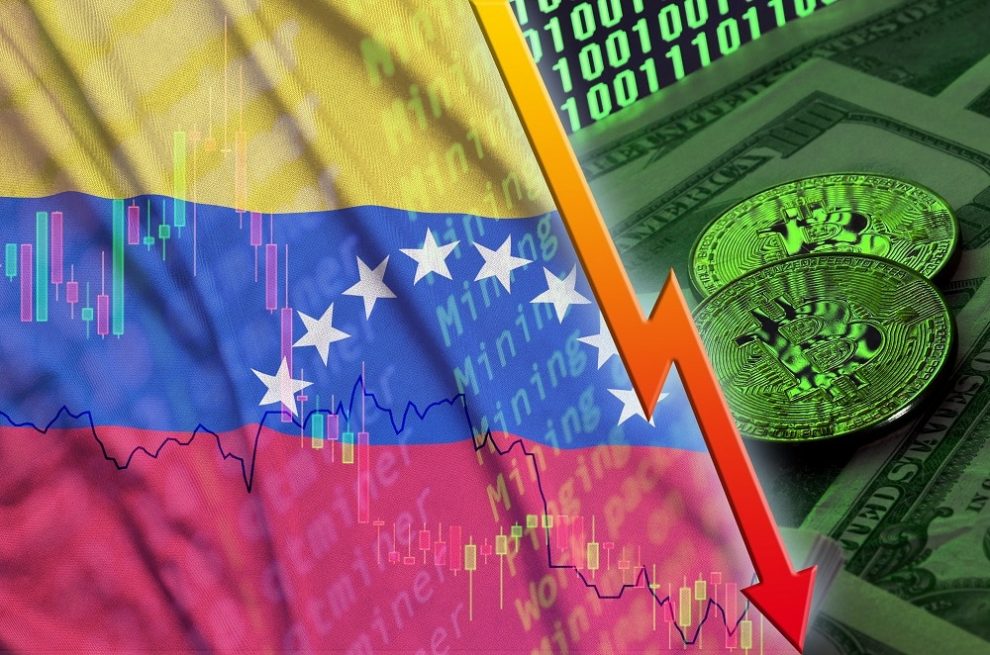 In the last two weeks, the trade increased from USD 5.4 million to USD 4.19 million.The first week of January moved 200 BTC less than two weeks before.The trade of bitcoins through the exchange platform peer-to-peer LocalBitcoins has gone down significantly the last few weeks in Venezuela. This decreased movement of BTC in the south american country coincides with a sharp devaluation of its local currency, the bolivar, against the u.s. dollar.During the first week of January, the total trade of bitcoins in the platform by users venezuelans was the equivalent of about USD 4.199.389, according to figures from UsefulTulips. That figure represents a drop of 23,71% with respect to the penultimate week of December. In that period of 7 days, through LocalBitcoins was reported for a total of USD 5.468.714 in BTC.If we look at the volumes of exchange directly in bitcoins, the decline exceeds 25% in the last two weeks. According to the site tracking Coin Dance, the penultimate week of December was reported 781 BTC from Venezuela on LocalBitcoins, while the first week of January, that number dropped to 580 BTC.The first week of January, the trade of BTC from Venezuela was $ 4.19 million. Source: UsefulTulips.The last week was reported for 580 BTC from Venezuela on LocalBitcoins. Source: Coin Dance.

Just in the last few weeks, the bolivar suffered a strong devaluation in its exchange rate relative to the u.s. dollar. In data Yadio, the USD was priced to 44.085 bolivars (VES) on the 22nd of December, while that at the close of this Sunday, January 5, that value was in you SEE 75.265. That is to say, more than 70% of difference in just two weeks.This devaluation coincides with the injection of more of the equivalent of more than USD 170.000.000 in petros (PTR), the digital currency launched by the venezuelan government, through a subsidy christmas called petroaguinaldo.According to various analysts, the allocation of these funds has resulted in the rapid increase in the value of the dollar against the local currency. Primarily, this has occurred because the merchants that accept the digital currency receive the payout of those funds in bolivars and not in petros.The options of use of the subsidy are scarce, so many venezuelans have been called on to find ways to spend your petroaguinaldo, equivalent to 0.5 PTR (around USD 30).However, greater circulation of dollars in cash, could also be influencing. Up to now, in Venezuela, bitcoin has been used as a way to access a currency that support the devaluation, by serving as a guard value before the fall of the bolivar. But now, with a more widespread use of the dollar in the streets of venezuela, the situation may be changing.

LocalBitcoins in the red

However, the negative numbers for LocalBitcoins are not new, neither in Venezuela nor in the rest of the world. In fact, in the entire region, only 4 countries have experienced increases in trade through the exchange platform in the past 30 days, reflects UsefulTulips.The first week of January, the same website shows that the exchange of bitcoins on the platform P2P was below the USD 30.000.000. The figures of this last week not seen since January of 2017.Among the possible reasons behind the fall of this exchange market is the growing amount of personal data that must be provided by users to operate on the platform. In addition, LocalBitcoins eliminated in mid-2019 support for exchanges for cash transactions face-to-face.In this context, flourishes the competition, with platforms like Paxful, LocalCryptos or Hodl Hodl offering exchange services for users venezuelans.