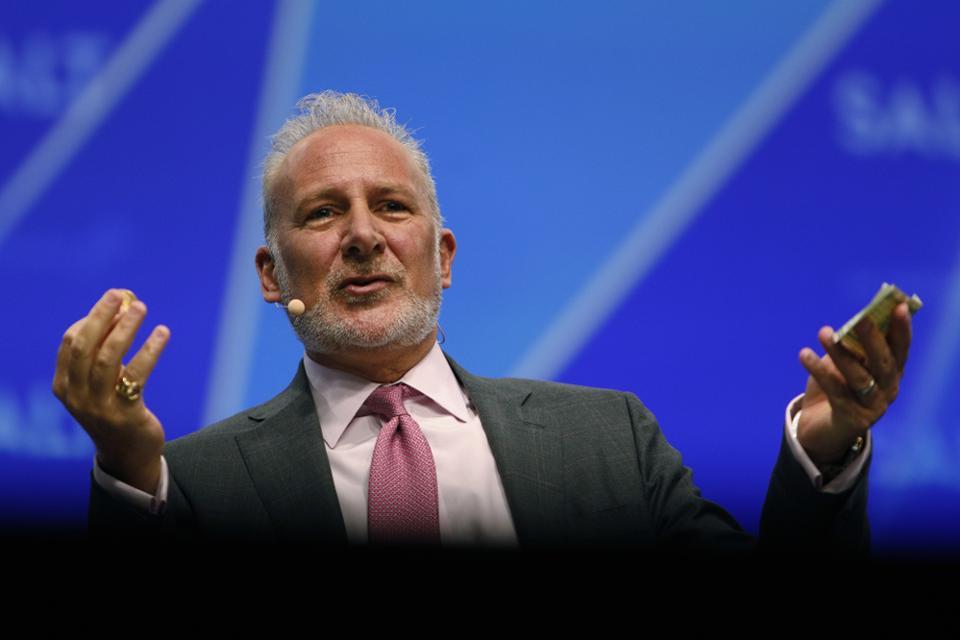 Few days ago we mentioned about the situation of the skeptic of the cryptocurrencies, Peter Schiff, who wrote a drama on Twitter for their Bitcoin. Apparently they have clarified the situation, confirming the theories of the internet: forgot your password.

Starting with establishing the context, in summary form, because as explained in our other article. The day 19 of January in Twitter occurred a debate between Schiff and the community of the critpomonedas. It all started when the character blamed Bitcoin of not being able to access your portfolio. What the community quickly responded that the platform was not corrupt, was not a problem of the platform designed in an efficient manner. The theory that they all shared was that Schiff had forgotten your password for your portfolio, therefore, could not have access to Bitcoin. To this point came the fight that, Schiff said he had no idea of your password or like to get it back, given that Voorhees created your portfolio.

To begin to clear the uncertainty of the situation, Voorhees says that effectively Schiff forgot your password of your portfolio in Bitcoin. Even, confused the PIN with your password.

Here’s what happened: after discussion in 2018, we went to dinner. Peter had never used bitcoin before (!) I helped him set up the wallet on his phone (Edge or BRD?), told him to secure it if I have ever held significant value on it, gave him $50. I forgot pw, and never recorded phrase. ? https://t.co/kcQkAyU9Rv— Erik Voorhees (@ErikVoorhees) January 19, 2020

“This is what happened: after the debate in 2018, we went to dinner. Peter had never used Bitcoin before (!) I helped him to set up the wallet in your phone (is Edge or BRD?), I told him to ensure if you ever had a significant value, I gave him $ 50. Forgot pw, and he never made a sentence. ?” With this last refers to that, when you create an account on Blockchain.com, it asks for a security PIN to verify the person. In addition, if for some reason you forget the key, offers a series of words in secret only to retrieve the wallet. Apparently, Schiff never scored, losing in this way their Bitcoin. In addition, once that was exposed to the community, Schiff had no choice but to manifest itself in its official Twitter by the social pressure.

My #Bitcoin mystery is solved. I mistook my pin for my password. When Blockchain updated their app I got logged out. I tired logging back in using my pin, which was the only “password” I had ever known or used. I also never had a copy of my seed phrase. Honest but costly mistake!— Peter Schiff (@PeterSchiff) January 23, 2020

“My mystery Bitcoin is resolved. Muddled my pin with my password. When Blockchain updated your application, I tuned. I got tired of re-logging in with my pin, that was the only “password” that was known or used. I also didn’t have a copy of my phrase seed. Oh honest mistake but costly!” Apparently not returned to comment that it was the fault of Bitcoin, the cryptocurrencies. Even seems to acknowledge that it was your mistake.

To clarify my last tweet I was not able to recover my #Bitcoin. Since I never actually knew my password, just the pin, and never had a copy of my seed phrase, I have no way to recover the Bitcoin. So the problem was not a corrupted wallet, but my confusing to pin for a password.— Peter Schiff (@PeterSchiff) January 23, 2020

“To clarify my last tweet, I was not able to recover my Bitcoin. As I never knew my password, just the pin, and I never had a copy of my initial sentence, I have no way to recover the Bitcoin. Then, the problem was not a wallet damaged, but mistook a pin for a password”. It seems to be that this story of Bitcoin and Schiff will have a happy ending. The following two tabs change content below. I am a student of economics, interested in innovation and technological development, always faithful to that tomorrow will be a better day.