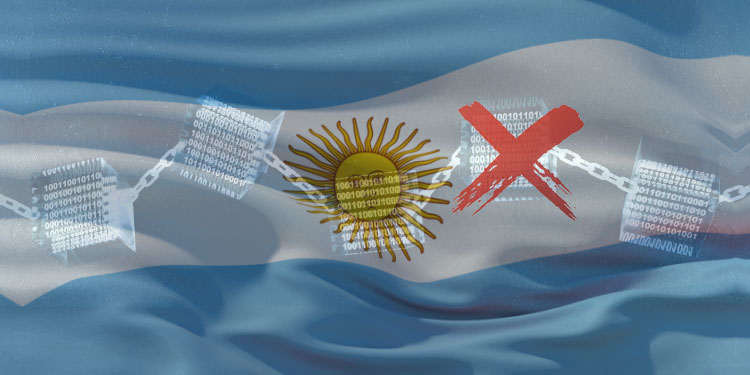 An alleged weakness in the Blockchain Federal Argentina (BFA) allowed the validation of a document that the national government described as false. The Official Newsletter of the Nation’s number 34.329 contained provisions related to the pandemic coronavuris Covid-19, but were later disproved with the publication of a second version of the same newsletter that had already been certified on the network.The authorities indicated that the website of the Official Bulletin was hacked for then disseminate the document, as reported by local media, which would put in evidence security flaws in the platform for the certification of the newsletters and in the own channel of publication. It is unknown if the validation process was performed automatically by the system or if it was necessary the participation of a user to complete the process.The first document is 13 pages with resolutions of six government departments: the Ministry of Education, National Administration of Social Security, Ministry of Tourism and Sports, office of the Cabinet of Ministers, Secretariat of Management and Public Employment and the Ministry of Transport. The second, which can be downloaded as a supplement, it is of eight pages, and with resolutions of three ministries: the Ministry of Health, Ministry of Tourism and Sports and the Ministry of Labour, Employment and Social Security.What happened generated reactions in the social networks where they questioned the fact. One of the points of view was the of @nubis_bruno, who stressed that the records are decentralized are used for recording data, so that people should be responsible for what they do.He also notes that if the false information is due to a hack of the platform, it is necessary to investigate and punish those responsible.

Put the bulletin’s office in the blockchain allows that if someone says one thing, then have to take charge. If you publish something wrong because it was hacked, there was a cybercrime, there are stop, report, investigate. Removes the temptation to alter records and ‘follow, follow’. https://t.co/hI2qBEEvkU— Nubis (@nubis_bruno) March 15, 2020

A similar view was that of @jmtruffa:

The pdf is signed and the signature validates perfect. I mean that here, or they stole the keys or lie (guess)— John M Truffa (@jmtruffa) March 15, 2020

The Blockchain Federal Argentina is a local project with use of technology of accounting distributed (DLT), and that is employed by various public entities and private organizations of the country southern.At this point it is important to mention that the Official Bulletin of the Argentine Nation certified in the past editions by the platform OpenTimestamps, under the network of Bitcoin. However, after 2018 the validation of the documents is carried out with BFA.The DLT is a technology derived from Bitcoin, as a digital system, through which two or more people can perform transactions of any type (data, value) with the reduction of the involvement of trusted third parties or intermediaries. The information is recorded on the part of the members of the consortium who run it or the company that manages the data and the data are shared in such a network and should not be modifiable.In this case of the BFA network is used as a principal semi-public, with a certain degree of centralization in the that only involved members invited.