In the last few days the whales Bitcoin have had some transactions rather special, according to reports of Whale Alert, that make us wonder what you think about the price of BTC. To find out, we will take into account the reports from 21 may until the day of today.

On the 21st of may, we witnessed two transactions that came from an address linked to a hack to Bitfinex made in 2016, and headed for wallets unknown. The first was equivalent to US$ 255.863, and the second US$ 20.524, which translates into 28,39124 BTC and 2,275952 BTC. “28.39124 #BTC (255,863 USD) of stolen funds transferred from Bitfinex Hack 2016 wallet unknown” has been given to know that the hacker who carried out the attack, he stole a total of 119.756 BTC in August of 2016. This amount is currently worth more than US$ 1 billion. The responses on Twitter were quite varied, and some even came to wonder if that would have an impact on the market of Bitcoin if the hacker decides to move which stole suddenly. Most likely it will not, and that even if it did, it is not very likely to sell all of a sudden.

In the same span of time we have counted seven operations of the Whales Bitcoin with this criptomoneda, where arguably the dominant trend of accumulation. Of these, six carried a total of 13.258 BTC to wallets unknown. In contrast, only a transaction introduced Bitcoin in the market. Specifically, 1.900 BTC ended up in OKEx. Thus, the total BTC moved in the span of time in question, was 15.158 BTC. From the may 21, Bitcoin has fallen below US$ 9,000 and, at the time of writing this publication, is placed at US$ 8.865,94. This latter represents an increase of 0.74% in the last 24 hours, but a loss of nearly US$ 100 with regard to the past may 19. This is the lowest point in the last two weeks, so that we could also see small investors taking advantage of this time to buy BTC. Graph of the price of Bitcoin during the week, the whales Bitcoin have acted accordingly. Source: CoinDesk The whales Bitcoin with this, perhaps they are waiting for a rise, that will enable them to gain more benefits in the future, considering that it is expected that the Halving can still have effects bullish in the medium term. At the same time, while you build up, take out liquidity from the market, which could encourage in any way the price of the criptomoneda up. Therefore, they are comfortable with the price of BTC while to accumulate, but have the expectation that up.

What can happen with the price of Bitcoin?

A few days ago, Bitcoin was very close to break the resistance that had around$ 10,000. However, after a week, we can see that BTC does not even touch this price and fell below US$ 9,000 where the bulls bulls lost the support zone. This leaves us with two possible scenarios, which can determine or at least influence the actions of the whales crypto in the next few days. If the market moves far enough upward to exceed again the$ 9,000 could “revive” the bulls; but if BTC drops below US$ 8.500 we could see even more accumulation, by the expectation of better profits in the future. 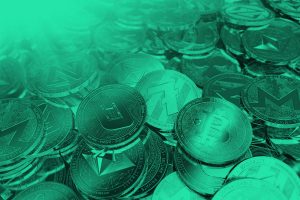