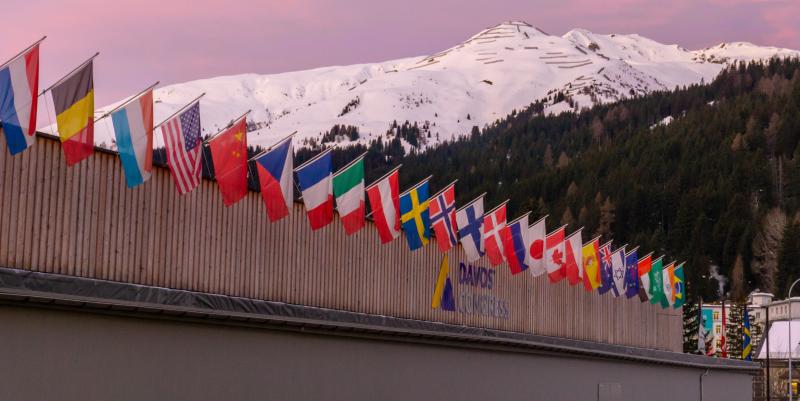 Considerations about ownership, management and protection of data are part of the proposal.The first draft received contributions of important members currently operating in the ecosystem.The Council of Global Blockchain, an agency under the World Economic Forum, he currently works on the elaboration of a “Declaration of Rights Blockchain: design Principles for a future decentralized”. It is a proposal whose goal is to align private-sector leaders, policy makers and consumers in a critical vision on how users can and should be protected as technologies develop blockchains.A first draft of the document will be presented in the framework of the Annual Meeting of the World Economic Forum does at Davos, Switzerland, from the 21st to the 24th of January next. In your design have participated as important actors that currently operate in the ecosystem. Is quoted as Consensys, Deloitte, CoinShares UK, Foundation, Accenture, ING Group, Bitfury and ZCash, as well as the Blockchain Research Institute , MIT, Imperial College London, and the World Food Programme Nations Unidas.De this way, on the basis of the initial proposal, throughout this year will seek new contributions through the discussions in round tables and interviews, according to the point you Sheila Warren and Sumedha Deshmukh, director of Blockchain and a specialist in team projects of Blockchain of the World Economic Forum, respectively.The debate for the creation of the material we will mainly focus on aspects related to the protection of the users of platforms blockchains, considering their rights. Among them is mentioned the right to own and manage data, as well as the right to the protection of such data, the right to information about the system and the right to the understanding of the resources available. Image by symkin / stock.adobe.comLa idea is that the key participants in the ecosystem to establish in conjunction with the minimum standards of operation and implementation of a chain of blocks. This, based on the premise that as technology evolves, users are not protected, according to the observations of Warren and Deshmukh.The Global Council Blockchain or a Global Blockchain Council is part of a series of tips created by the World Economic Forum in order to cover what qualifies as the technological areas most pressing. Among them includes, in addition to blockchain, artificial intelligence, mobility, autonomous drones, internet of things and medical accuracy.From the advancement of this technology were created the so-called councils of the Fourth Industrial Revolution Global. These bring together more than 200 leaders from the public and private sectors, civil society and academia from all over the world. The goal is to work in international platforms that would give way to new systems of governance to the advanced technologies that currently are in the public interest world.

Located among the innovations that are part of the Fourth Industrial Revolution, it is estimated that expenditure in technologies blockchains increase significantly in the coming years. According to a projection by the Corporation’s International Data (IDC, for its acronym in English), the total global spending could reach the figure of approximately USD USD 15.900 million for 2023.De according to the statistics of IDC, the banks are leaders in the sector, to participate with approximately 30% of the spending provisions until this year. This area would boost the largest amount of disbursement in the use cases larger chains of block-payments and cross-border agreements, along with commercial finance agreements and post-transaction.At geographical level, IDC explains that the country with higher levels of investment in projects of blockchains is the united States, while the biggest growth will be in Canada. Meanwhile, in Europe the costs are estimated in us $ 4.900 million for 2023.This important growth of interest in the technology was the cause of that this past April was made the official launch of a new association, created by the European Commission and called the International Association for Applications of Chains of Block to be Reliable (International Association for Trusted Blockchain Applications or INATBA).INATBA also seeks to offer developers and users of blockchain, a global space to interact with regulators and policy makers, in order to “bring the technology of chain blocks to the next stage”. The goal is to integrate a greater number of startups, small and medium-sized enterprises, in addition to policy-makers, international organizations, regulators, and members of the civil society.