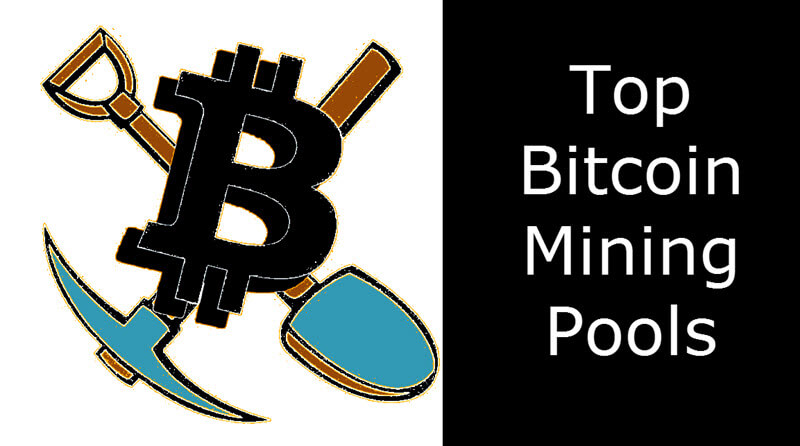 Bitcoin Mining Pools are collective group operations run and established by third parties to handle hash power from miners all around the world. These sites split the resultant Bitcoin in proportion to the amount of hash power supplied to this pool.

Despite the recent introduction of a slew of new cryptocurrencies, bitcoin remains a widely used cryptocurrency. It continues to hold the top place in terms of financial transactions, mining activity, and market capitalization.

Utilizing the API features, the BTC mining pool enables you to retrieve bespoke data sets from the system. Many of these cryptocurrency pools feature a dashboard that allows you to check the status and temperature of the mining hardware.

The following is a list of the Top Bitcoin Mining Pools which have a good reputation among Bitcoin Cryptocurrency enthusiasts.

Antpool is one of the largest Bitcoin Mining pool for Bitcoin BTC, allowing users to easily mine and exchange money. It offers app, email, SMS, as well as WeChat alerts. On the dashboard of this platform, you can quickly see your profits. This website also allows you to track the current hashrate on a minute-by-minute basis.

AntPool has discovered the most bitcoin blocks in the previous six months, accounting for around 18% of all mined blocks, earning it the title of being the highest-ranked BTC pool in the list of mining pools. The AntPool pool hashrate is presently approximately 3600 PH/s.

AntPool offers a variety of earning options. It is simply accessible from iOS and Android smartphones and allows you to view the hash rate on a real-time basis.

Slush is a mining pool which allows users to easily mine ZEC and BTC. It provides statistical evidence to assist you to ensure that your incentives are equitable. This platform includes security tools to help you maintain your data safe in the cloud. It is compatible with both android and iOS.

Slush Pool is among the earliest mining pools, and it ranks sixth in terms of mining the most bitcoin blocks. It began mining BTC currencies in December 2010 and has now mined around 1 million BTC. It was able to acquire around 9% of all bitcoins generated in the previous six months. Its combined pool hashrate is around 2.342 EH/s.

This is one of the biggest mining pools, and if an issue is discovered, it sends a message. It enables you to use API capability to retrieve bespoke large datasets from the system.

Slush enables users to mine using their phones and offers customer assistance 24 hours a day, seven days a week. Slush Pool assists you in minimizing losses due to hardware breakdown and connectivity problems. It offers a VIP service for large-scale mining operations.

F2Pool is one of the finest bitcoin mining pools which can be utilized to find blocks by providing computing power. It also allows trading Bitcoin using iOS and Android apps. F2Pool service is available in multiple languages, including English, Spanish, as well as Chinese.

F2Pool accepts over 40 digital currencies and provides live chat assistance. F2Pool is a tiny pool, but it can prevent DDoS assaults that disrupt mining operations.

BTC.com pool has created the most volume of bitcoin BTC blocks following AntPool during the last six months. It was responsible for around 16.5 percent of all bitcoin blockages. The pool was founded in September 2016 and is now operated by Bitmain Technologies Ltd., the very same Chinese company that operates AntPool.

BTC.com accepts the full pay-per-share (FPPS) compensation mechanism. Proponents argue that it is more profitable to miners since it calculates and adds a normal transaction fee to the usual block rewards, resulting in a greater total payment than the conventional pay-per-share (PPS) payout. Its current hashrate is 5.9 EH/s.

BTC.com was recognized for its revolutionary Bitcoin wallet and blockchain explorer before launching the mining area. BTC.com offers a medium-sized mining pool which supports several cryptocurrencies such as Litecoin, Ether, and others, and it mines in many regions such as Germany and the United States.

ViaBTC is a diverse pool that allows you to mine several cryptocurrencies such as Bitcoin BTC, Bitcoin Cash BCH, Litecoin LTC, ETH, ETC, ZEC, and Dash. ViaBTC has created about 11.5 percent of total bitcoin blocks over the last six months, and it presently manages a combined pool hash rate of 2.772 Exahash every second (EH/s) for their bitcoin mining pool.

ViaBTC allows you to see the status of miners in real-time. This website provides a variety of mining forms as well as settlement procedures. It features a user-friendly dashboard that displays info about mining pool hash rate as well as miners.

Binance is a great place to start if you want to establish a bitcoin wallet. It provides a trading platform for over 150 coins. It also has an API for integrating your current trading program. This software provides a variety of features for online cryptocurrency trading.

Binance pool offers help 24 hours a day, seven days a week. This platform is interoperable with clients on the Web, iOS, Android, as well as PC. Binance pool provides both simple and sophisticated trading exchange interfaces. Your profits are credited to your account on a daily basis.

BTC.TOP, having mined slightly more than 13% of all bitcoins in the last six months is one of the leading Bitcoin mining pools. The pool added the ability to mine Bitcoin Cash (BCH) in addition to bitcoin in August 2017. The pool hashrate is in the 3100 Petahash/second (PH/s) area.

Pool BTC is among the top bitcoin mining pools, allowing you to earn money with little effort. It is accessible in over ten languages, such as Spanish, Russian, French, and Japanese. This platform has its own payment mechanism, which is known as Federal Personnel and Payroll System (FPPS ).

Pool BTC provides simple digital currency administration and account registration through email or by phone. They accept Bitcoin and Bitcoin Cash, and you may purchase Bitcoin straight from your wallet.

Poolin offers Bitcoin and multiple other cryptocurrency mining pools that allow you to easily invest in virtual currencies such as Bitcoin BTC, Bitcoin Cash, Ethereum ETH, Litecoin, as well as ZCash. Poolin gives global access. Provides adequate customer assistance and a hash-rate warning. You will be provided with a calculator to calculate your profits.

BW is a service that provides a crypto mining pool. It allows you to exchange for Bitcoin with no difficulty. Other cryptocurrencies supported by this site include Bitcoin Cash BCH, Ethereum, Litecoin LTC, and others. This cryptocurrency trading software allows you to conduct real-time trades from iOS or Android smartphones.

BW provides a variety of earning methods. BW Pool is accessible in a number of languages, like English, Korean, Greek, Dutch, and Arabic, among others. It is simple to see the most recent price of digital money.

Genesis Mining is one of the top hashing service providers with cryptocurrency mining capacity for individual miners, big investors, and beginners. It makes it simple to mine digital currency.

Mining coins requires no prior experience. It has a number of price options. Whenever the bitcoin price falls, you may find it difficult to continue.

Minergate is cryptocurrency mining software that allows you to mine using a CPU or GPU. You may trade numerous currencies on this site, including Bitcoin Gold, Litecoin LTC, Ethereum ETH, Zcash, and others. It allows users to mine without purchasing any hardware.

You may quickly join the Minergate pool and take advantage of a variety of earning options. Minergate offers excellent customer service. Users may transfer bitcoin into their wallets with confidence. This sort of pool can help you find a more profitable currency to mine. Minergate has an easy-to-use UI. You may purchase Bitcoin with a credit or debit card in a safe manner.

What is a Bitcoin Mining Pool?

Bitcoin Mining Pools means the collective groups run and established by third parties to handle hash power from miners all around the world. They split the generated Bitcoin in proportion to the amount of hash power given to this pool.

Miners pool their resources to increase the efficiency of the mining procedure. When a pool succeeds and receives Bitcoins, the prize is divided. This procedure is determined by the amount of electricity utilized by each miner. As a result, the individual who wielded the most power receives the greatest prize, and minor miners can assist them in their accomplishment.

How does Bitcoin Mining Work?

Bitcoin mining is the process of putting the most recent Bitcoins into circulation. You may make a profit without investing by mining. To set up a mining setup, you’ll either need an ASIC (application-specific integrated circuit) or a graphics processing unit (GPU).

Does the size of Bitcoin mining tool matter?

It makes no difference how big the mining pool is. However, the overall amount of Bitcoins mined over time is proportionate to the processing capacity of the pool, whether huge or little. The large pools have a better chance of discovering blocks, but the tiny ones need you to wait even longer.

However, this might be followed by periods in which blocks are struck. Smaller pools are preferable and you’re fine with a consistent payment over a lengthy period of time. In contrast, for a stable income with a high chance and low payoff plan, a bigger pool may be preferred.

How to mine Bitcoin at home?

Technically, you can mine Bitcoin from home. Given the complexities of Bitcoin mining, it is essential that you purchase proper hardware. If you really are mining Bitcoin from home, you must consider the power usage of your devices. Its rate of success will be extremely low. To have any chance of success, you must use specialized mining hardware.