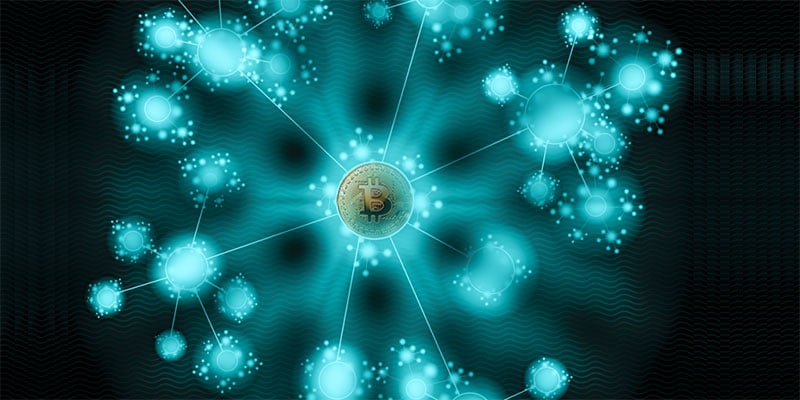 The proposal “oPoW” presents a new algorithm proof-of-work adapted to hardware optical.The proof of work optical (oPoW) promises to increase the scalability of Bitcoin is 10 to 100 times.The promoters of the working test optical (oPoW), a proposal that promises to drastically reduce the power consumption in the mining of Bitcoin, issued a first technical document or “lite paper”. The text was published in early November by the developer Michael Dubrovsky, co-founder of the startup, PoWx, and one of the main drivers of the idea.The document outlines the basis for the use of hardware optical in mining cryptocurrencies, and the characteristics of a new mining algorithm, called oPoW (optical Proof of Work). Dubrovsky launched initially proposed in July of 2018, with the argument that it represents a viable alternative to reduce several of the scalability problems of Bitcoin, such as the centralization geographic, the monopoly of the manufacturers of specialized hardware (ASIC) and the increasing power consumption of the network.At that time the proposal of proof-of-work optical received support from spokesmen of the ecosystem as Luke Dash Jr., developer of Bitcoin Core. However, there were those who expressed their doubts, especially by the lack of technical details of the implementation and of the new algorithm.In the litepaper, entitled “Optical Proof of Work”, the researchers Michael Dubrovsky, Marshall Ball and Bogdan Penkovsky presented Haveyhash, a new model of the Hascash in which it is currently based on the architecture of the algorithm PoW in Bitcoin. As shown, the prototype is designed to mimic the construction of the current PoW, but adapted to computing optics, by which the researchers believe that the modifications in the operation of the protocol would be minimal.

The Proof-of-work and power consumption

According to the authors, the proposal arises as a response to the heavy dependence of the electricity that presents the model of mining Bitcoin is based on proof of work (PoW), as it functions currently. Believe that such a model exposes to the network limitations of scalability, environmental costs and some security risks that, while not imminent, long-term, could erode the resistance to the censorship of public networks such as Bitcoin.The litepaper of oPoW points out that the scheme of proof of work, based on the hascash designed by Adam Back, is based on imposing the miners at an economic cost verifiable. This cost is translated into the computational power that must inevitably be used to solve a challenge specific computer, called a “criptopuzzle”, associated to the creation of each new block in the blockchain. The solution to this challenge is the “proof of work”, as it ensures that we employed a certain amount of computation to find it.The algorithm of current mining Bitcoin (SHA256) has demonstrated its effectiveness as a mechanism of consensus, as a tool of production of coins, as well as to protect the network from attacks sybil and double spending. However, Dubrovsky, and the rest of the research team for the proposal of test work optic highlighted the growth of Bitcoin in the last decade has left in evidence that the electricity consumption is the cost of a primary mining operation of bitcoin.Describe that this trend exposes the network of Bitcoin risks as the centralization geographically of the activity of mining, because the miners tend to concentrate in regions with energy costs as low as Iceland and western China, generating single points of failure. Also, the increase of the difficulty of the network and the resulting “industrialization” of the mining cryptocurrencies, contributed to the emergence of computer centers with dedicated or “farms mining”, with a strong environmental impact.On the other hand, the high power consumption of these operations shore to the miners to require the consent of, and in many cases the association with utility companies and the governments that they control. The report points out that this situation implies a risk of potential attacks regulation, in addition to the sensitivity to fluctuations of the electric rates.

The researchers propose a model that eliminates the electricity as a cost to the parent of the mining cryptocurrencies, and that, as they claim, would allow Bitcoin to scale from 10 to 100 times its current size. The approach seeks to focus the economic cost, verifiable proof of work in the capital expenditure (computer hardware optics) and not in the operating expenses (electricity).The computing hardware optics uses light as the basis of the processing, unlike the traditional digital hardware, which uses electrical currents. According to the document, the computer optics exists from decades ago and it has been employed basically in the telecommunications industry. “In fact, the replacement of copper cables with optical fibers became the intercontinental connections, including the Internet, that has become exponentially faster and more efficient”, explains the litepaper.Prototype of the miner for the algorithm Proof-of-Work Optical of Bitcoin.
Image: Litepaper Optical Proof of Work.The current advances in the field, driven by the development of artificial intelligence (AI), leading researchers to affirm that the integration of the processing optic can significantly increase the processing speed, while maintaining levels of power consumption very low.To this end, they created a hardware prototype optical-based components used in AI, called coprocessors of silicon, which they believe have the greatest potential for mining cryptocurrencies high-efficiency in addition to availability in the short term. The paper says that multiple companies in the computer industry, among which mention Luxtera, IBM and Intel, they use the technology of photonics of silicon for the manufacture of transceivers used in the transmission of data between your servers.Based on this technology, built the proof-of-work optical (oPoW), an algorithm optimized for the processing with coprocessors photonic integrated.

Instead of trying to process the algorithm PoW existing hardware photon, the researchers decided to create a proof-of-work adapted to the coprocessors photonic existing. To this end, they constructed a hybrid scheme, which combines the current hashing digital, based on the function SHA256, with a model for the acceleration photonics, called HeavyHash.“In its simplest form, oPoW is the algorithm Hashcash with our hash function custom, HeavyHash, specifically designed to run efficiently on accelerators optical while preserving all the properties of the cryptographic security necessary for PoW, raises the litepaper.Michael Dubrovsky, Marshall Ball and Bogdan Penkovsky, argue that the implementation of this proposal is feasible in real life, considering the current state of advances in computing photonics. Also believe that the cost per hash may be less than that of the mining GPU and ASIC, and that would lead to a significant savings in energy costs. Likewise, oPoW would contribute to the decentralization, both geographically, as in the manufacture of hardware, as multiple companies already produce coprocessors photonic to other use cases.