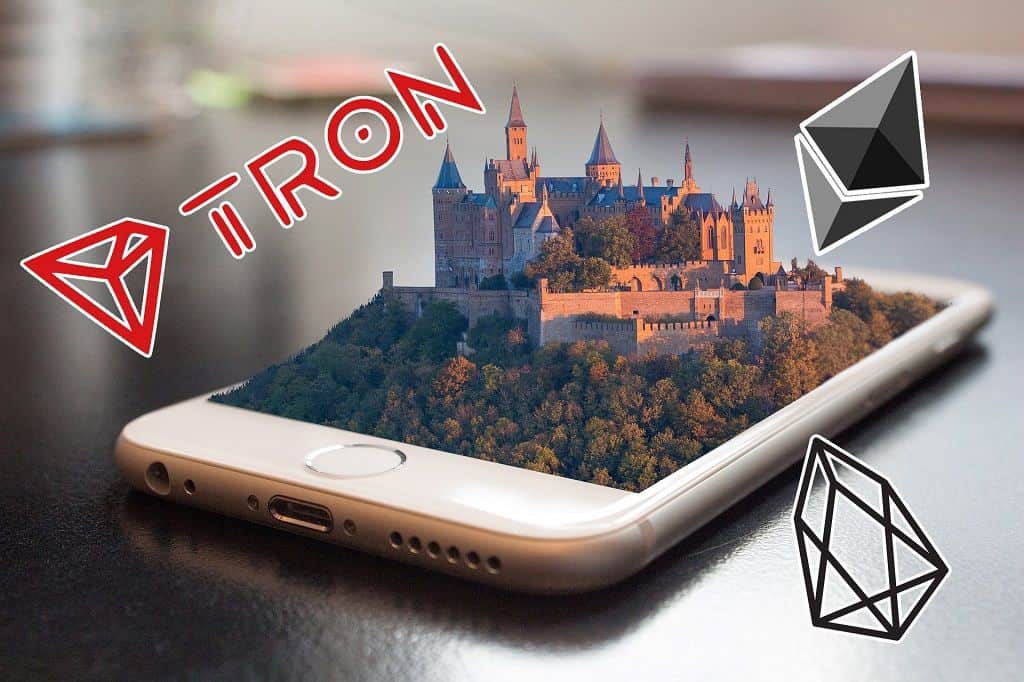 Three networks Blockchain are taken out of the batch in 2019, i.e. Ethereum, Tron and EOS, and this, in spite of a tough competition in this growing sector.

A triumphant year for Tron

For the first time since its creation, the network Tron has managed to oust EOS in terms of the number of active applications. Very popular by the developers, the network currently hosts 669 Dapps active, if EOS is displayed 668 on its platform.
This admirable has been the result of 579 applications newly launched on Tron, compared to only 408 for EOS.
Very proud of his accomplishments, Justin Sun, the founder and CEO of Tron, said :

“The ecosystem TRON is growing at a steady pace, we invite more users and developers to join us “.

EOS, for its part, has remained far behind the achievements of Tron because of some technical problems that occurred in the course of the year, including the many threats of hacking for Dapps Casino that it supports.

According to @dapp_review, the total number of #TRON #Dapps reached 669 on Jan 07, 2020. It has surpassed the number of #EOS Dapps(668) for the first time. #TRON ecosystem is growing at a steady pace, we welcome more users and developers to join us. #TRX $TRX pic.twitter.com/rwOiXbOZSd
— Justin Sun (@justinsuntron) January 8, 2020

Ethereum continues to reign supreme on the industry

While Tron became the star of the network Blockchain, as a network former, Ethereum continues to hold first place in terms of the number of active applications and volume of transactions associated with the Dapps.
At the present time, the network Ethereum supports a total of 1 223 Dapps active, thanks to the 668 new additions of the last year. One can easily admit that the platform has seen so many new applications to be constructed in 2019 than those that are currently active on Tron or EOS.
In addition, Ethereum displays a total deal value of $ 12.8 billion, a value largely greater than the sum of the transactions of EOS and Tron, that are at respective height of 7.08 and $ 4.4 billion.
What do you think of the great rivalry that prevails in the sector of the Blockchain ? Share your thoughts in the comment section below.
(Be the FIRST to vote)
…