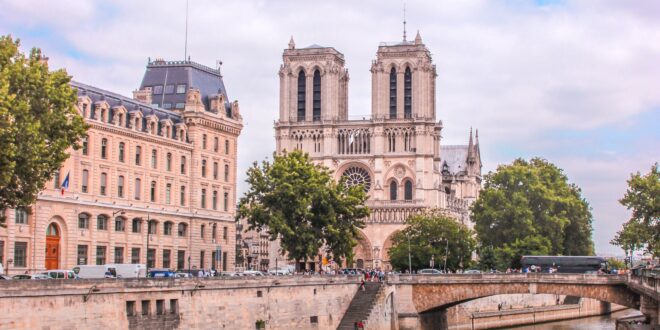 On Monday night, a fire broke out in the world-famous Notre Dame Cathedral. Large parts of the building, such as the spire, were destroyed. The fire of the landmark of Paris has caused mourning worldwide.

Therefore, financial support was offered from all sides. The crypto community also wants to help with the reconstruction. The crypto exchange Binance posted on Twitter a donation call. The stock market wrote:

“On April 15, 2019, a fire broke out on the roof of the historic Notre-Dame Cathedral in Paris, France. We call upon our colleagues in the crypto industry to show their support for our campaign #cryptorebuildNotreDame #rebuildnotredame “

Crypto owners can donate to Bitcoin (BTC), Ethereum (ETH) and the Binance Coin (BNB). So far, 48 donations have been received by Wallet Wallet for this purpose. In total, an amount of 3.1 BTC (around 14,500 euros) was donated.

The sum is in comparison to the total amount of the received donations a drop in the bucket. The French Minister of Culture, Franck Riester, said that so far 800 million euros have been donated to rebuild the cathedral. Large French companies such as Louis Vuitton and l’Oréal transferred several million euros.

Nevertheless, the action of Binance shows that the crypto-community is also affected by the incident and is committed to the reconstruction.

Other initiatives for Notre-Dame

Binance is not alone when it comes to employing Notre-Dame. On French journalist announced on Twitter that Bitcoin could be sent to his address and he would forward it to build the church. His action did not have as much reach as Binance’s tweet. At the moment there are 0.03 BTC (about 140 Euro) at the mentioned address. Nevertheless, of course, all donations are helpful.

Notre-Dame will be back in five years

How bad the damage caused by the fire is currently being investigated by experts. However, French President Emanuel Macron is optimistic. Just one day after the fire, he said that the renovations for Notre-Dame will be completed in five years. According to the Bishop of Paris, the cathedral must close for at least five to six years.