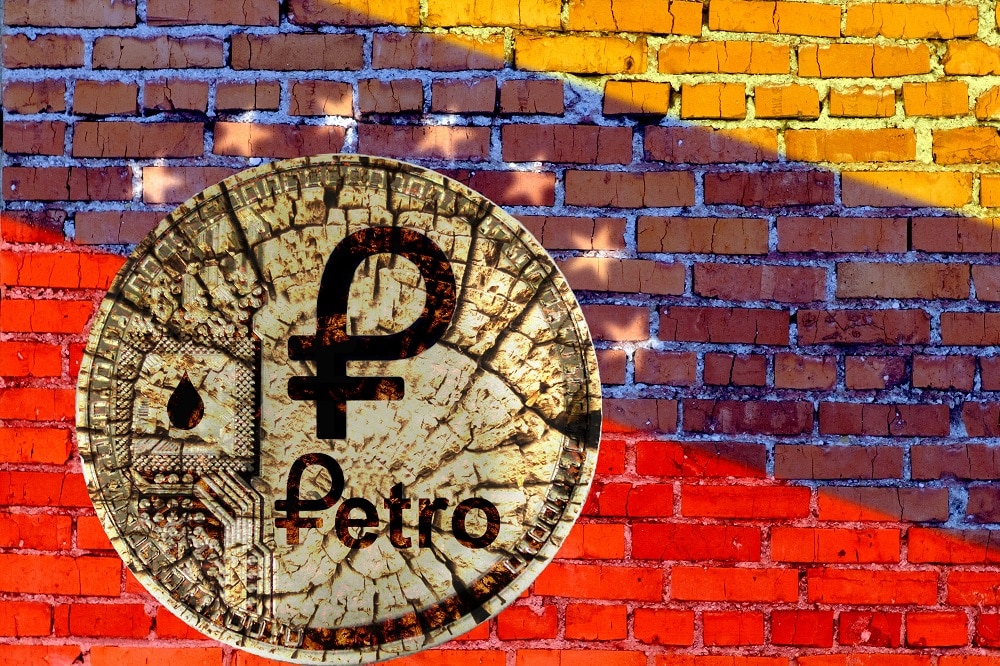 Various users registered in the platforms of exchange LocalBitcoins and Hodl Hodl released during the last days advertisements sale with petro (PTR), the project of criptomoneda state of Venezuela. The emergence of exchanges with PTR in criptobolsas foreign called attention since its commercialization, driven by the government of Nicolas Maduro, was limited in theory to a handful of exchange houses in venezuela.In the case of LocalBitcoins, operators have used the system of this home exchange to announce the transaction with petro, despite the fact that only are traded officially bitcoins. To do this, users advertise, in the terms of trade, how they want to redeem the petros, amounts, specific and general conditions in bolivars or bitcoins, as the case may be.He did so, for example, the operator ARATEX who offered to buy petros to change bolívares, the currency of venezuela. Among the terms were: to handle a maximum of 1 PTR per trade with a price of 2,000,000 bolivars. Those who wished to sell fractions of petros could do it in denominations of 0,3; 0,4; 0,5; 0,6; 0,7; 0,8; and 0.9 PTR with its respective correlation in bolivars. Users of Localbitcoins take advantage of the system to promote the purchases of petros well below its current share price.The case of Hodl Hodl is more relevant because the platform even added to the petro as a method of payment for their exchanges, which in a certain way puts your trading platforms foreign. A search performed in the methods of payment of Hodl Hodl threw as a result that the petro was accepted by the startup. In Hodl Hodl the platform has already processed officially the petro as a method of payment between users.The company defended its decision through its Twitter account in Spanish, to say that it is a chance for the users to change their “mierdamonedas” for bitcoins.

Another home exchange peer-to-peer that covers the venezuelan market is LocalCryptos, previously known as Localethereum. However, in this case a search for potential businesses with petros and other cryptocurrencies, not yielded results at the time of posting this artículo.De according to the Superintendencia Nacional de Criptoactivos and Related Activities (Sunacrip), in Venezuela there are seven houses of change of cryptocurrencies authorized for the marketing of petro. These are: CryptoEx, Cryptia, Support, Antwerp Coin, AFX, CriptoMundo and CriptoLago.

Which platforms foreign begin to commercialize petros called attention due to this project criptomoneda was sanctioned in march 2018 by the government of Donald Trump, so that any relationship of companies based in the united States with the petro could lead to economic sanctions of this country.On this point, Hodl Hodl responded to a user who pointed out that part of the company’s servers were located on us territory and that ran the risk of being sanctioned. The startup, replied by saying that its servers were not in the united States:

The servers of Hodl Hodl that process Bitcoin are not located in the united states Saw DNS records of Linode (our servers Linode are not in the U.S.) we Only use Linode for unimportant things, we can change this easily, and what we will do. And Hodl Hodl does not require KYC.— Hodl Hodl Spanish (@hodlhodlspanish) January 18, 2020

The sale of petros through exchange houses with global reach generated mixed reactions on social networks. On Twitter, Luis Galvan indicated that the rates offered by the foreign firms do not favor your marketing, and therefore prefer to use the venezuelan.

For a part I am glad that you are transacting with PETROS out of #portalpatria and the #PetroApp but it also disturbs the usury with which they are transandolo. For the moments it is more feasible to go to the exchanges venezuelans, where you are offered better rates and more liability— Luis M Galvan C (@luisgalvan56) January 19, 2020

About the commissions that are paid by redemption, the user @smmvenezuela1 stressed that they are buying the petros to 50% of the value established by the government and, therefore, advised not to spend them this way because it would not be taking advantage of the real price of the so-called criptomoneda.

Are giving by a petro 2 million and by 1 millom is half, if they give in to despair and do not give away your petros— smmvenezuela (@smmvenezuela1) January 18, 2020

According to its white paper, which describes the petro as a criptomoneda or stablecoin anchored to the us dollar, the price was established at $ 60, backed up in addition with oil, gas, gold and diamonds in venezuela. If you take into account the price of the dollar in the Central Bank of Venezuela, located on Sunday in 74.139,47 bolivars per dollar, then it follows that the official price of petro is currently 4.448.368 bolivars.