The world’s largest crypto trading platform BitMEX compares the use of the two competing Bitcoin models SegWit and Bitcoin Cash in a report. The analysts note that the SegWit option, which has been chosen by the majority, is still ahead of the field. However, Bitcoin Cash’s trading volume is also growing.

The dispute over direction within the Bitcoin community kept the crypto scene in constant suspense in 2016 and 2017. If one side wanted to tackle the scaling problem with the SegWit update and a long-term second layer solution, the other side argued for an expansion of the block size. Until the end, attempts had been made to keep the store together with compromises such as SegWit2x and to prevent the Bitcoin community from breaking up.

But even after the inevitable hard fork was finally carried out in August 2017, the dispute did not break off. The only difference was that it was no longer a dispute of direction within the Bitcoin community, but a battle for the sovereignty of interpretation between the two newly formed camps. The debate between the representatives of Bitcoin (with SegWit) and Bitcoin Cash mostly focuses on user-friendliness on the basis of good scalability.

BitMEX, the crypto marketplace with the largest volume traded worldwide, compares both scaling solutions in its latest report. The report looks at the proportion of SegWit transactions on the Bitcoin blockchain and the number of transactions with SegWit and Bitcoin Cash. The authors of the report conclude that the solution once preferred by the majority of the community continues to dominate. 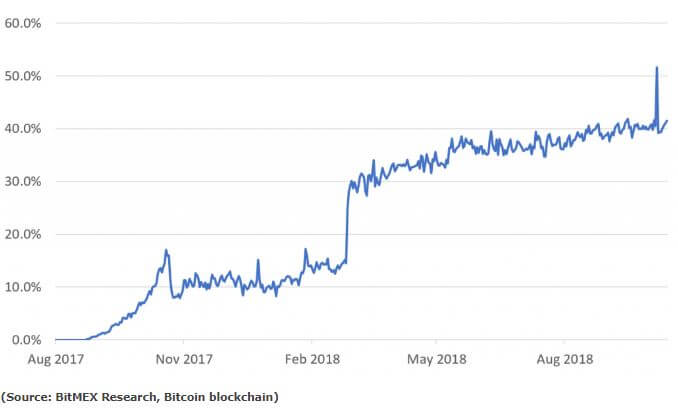 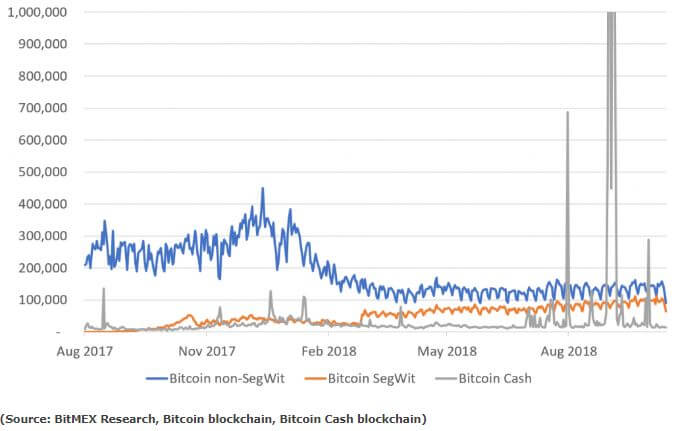 In the overall view, it can, therefore, be said that both payment methods are popular. The share of SegWit transactions at Bitcoin and thus also the average daily transaction volume is constantly increasing. Bitcoin Cash, on the other hand, is characterized by a pronounced volatility in daily use and therefore does not show a clear growth curve.

In addition, the stress test distorts the number of transactions carried out in favor of Bitcoin Cash. More than a year after the chain split, the SegWit warehouse is currently a (small) winner.